This is my attempt at putting down what we practice and celebrate in my household.  As one that holds cultus for Apollon, some Hellenic days slip into the mix for both Him and His family. You will also note the incorporation of modern holidays, veneration of historical figures, and personal rites tied to the seasons where I live that embrace the agricultural cycle (as opposed to the solar seasonal).

These will be hyperlinked as soon as they are posted for those who have found this later.

Each of these days will posted on their actual date or shortly thereafter depending on my home schedule. 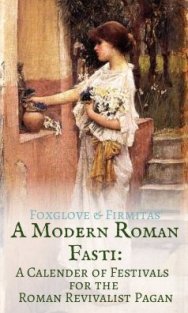 March (Martius) is considered by most to be the beginning of the Roman religious calender. It is named after Mars, the Father of Rome, and many of the traditional festivals of the month center around Mars and his myth.

2 thoughts on “March: A Modern Fasti”